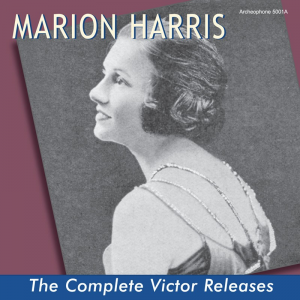 Second edition (2005), featuring newly remastered sound, one bonus track, and expanded and enhanced 20-page booklet. 22 selections, recorded between 1916 and 1919, including one rejected take from 1917, and two final selections from 1927. Marion Harris was the first female vocalist to record songs with "jazz" and "blues" in their titles; she exemplifies the transition from the old school of gutsy ragtime singing to the newer, softer kind of delivery that was typical of female vocalists of the 1920s.