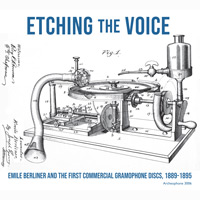 Coming September 28, 2021 -- Preorder Now
The recordings on these two CDs were made between 1889 and the mid-1890s at the launch of Emile Berliner's disc gramophone in Europe. They are the first and scarcest manufactured sound recordings in the world-the archetypes of the 78, the 45, the EP, and the LP. Gathered together, all surviving discs could be carried in a hatbox. And as such, they are the holiest of grails among collectors of early recorded sound. Yet much of what collectors believe about these discs is wrong. Historians Stephan Puille and David Giovannoni and the GRAMMY-winning Archeophone team set the record straight about the discs' composition (it's not celluloid), their size (it's not five inches), the speed at which they were recorded (it's not what you think), their content (it's rarely Emile Berliner), and their purpose (it wasn't to capture timeless performances). They explain how the first gramophones, after initial positive response, came to be misunderstood as toys, when in fact they embodied cutting-edge technology that initially outyelled, eventually outsold, and ultimately outlived Edison's cylinder phonograph. With 100 discs (plus two bonuses) restored here, this compilation holds the largest audio library of these pioneer recordings ever assembled. And it presents them with a sound quality unavailable to anyone at any time. Quite literally, these recordings could not be heard this clearly when new. These 19th-century recordings document a key moment in entertainment and technological histories. They are the first performances that people could command at will in their own homes. We bring them into your 21st-century home accompanied by a comprehensive and enjoyable 80-page booklet of essays, track notes, transcribed lyrics, and illustrations.  Read more
List price: $32.99  Sale price $29.69 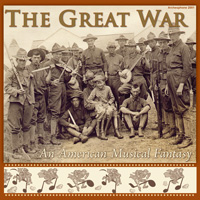 Featuring 56 tracks, Archeophone's The Great War: An American Musical Fantasy traces the history of American involvement in World War I by reviewing the kind of records that were released. What unfolds is a drama in which the U.S. transforms through a series of stages: from curious bystander and political neutral to naive dove, then from idealistic booster to jingoistic hawk, and finally from jubilant victors to street-wise questioners asking "What was it all for?" With a 76-page full-color booklet featuring historical graphics, original research on the recording industry and a personal reflection on the war, The Great War is an essential release for those who love the music of World War I. Read more
List price: $29.99  Sale price $23.99 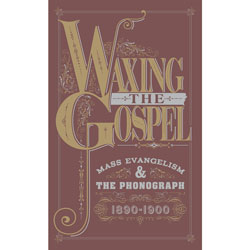 Before the 20th century, the “sacred” songs of Protestant camp meetings and revivals were as catchy, memorable and personal as the pop songs of that or any other time. Bringing you more recordings from the 1890s than any other historical album to date, Waxing the Gospel is a landmark collection of 102 tracks on three CDs in a 408-page beautifully illustrated hardback book. Commercial recordings go back to 1890 and feature pioneer artists Emile Berliner, Thomas Bott, J. W. Myers, Len Spencer, Steve Porter, and J. J. Fisher—as well as stunning instrumental performances by Baldwin’s Cadet Band, Holding’s Parlor Orchestra, and the U. S. Marine Band. Celebrity recordings by star evangelists include Ira D. Sankey, Dwight L. Moody, and Prof. John R. Sweney. And vernacular recordings taken in the field are by historic evangelical figures such as Fanny Crosby reading one of her poems, Winfield Weeden singing his original songs, and the “Golden Minstrel” of the Salvation Army, Edward Taylor, who accompanies himself on the guitar. It’s a great listen, a fascinating story, a book for the coffee table, and a resource you’ll want to have nearby. Read more
List price: $55.00  Sale price $46.75
Categories:Artists
Share via
Anonymous
https://www.archeophone.com/artists/a/anonymous/